A late entry in the Dawn Butler vs Jamie Oliver "cultural appropriation" nonsense. 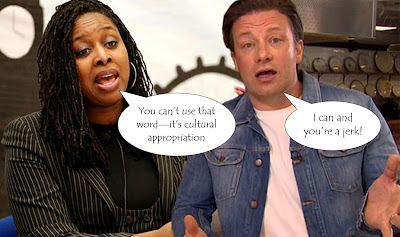 Labour MPs last week were keen to tweet their virtue signals to the faithful, particularly those in towns and cities now dominated by the faithful.  If you live in those areas and are involved in electioneering you will almost certainly have come across the saying: "Even dead Muslims vote Labour".  It's absolutely spot on, postal fraud is at its strongest in these areas and they can swing elections at interface areas ie. wards or constituencies that cross into non-Muslim areas.  No wonder Labour is pandering to the every whim of this community, including turning a blind eye both to Muslim grooming gangs and the anti-Semitism within their own ranks. 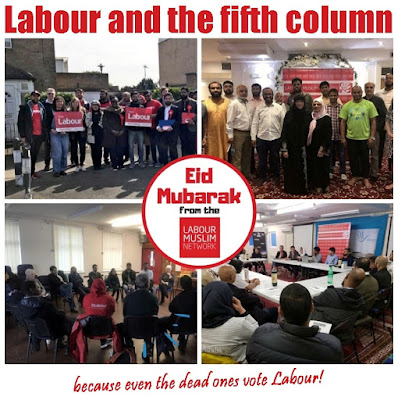 It was widely reported today that Jewish Labour MPs are being offered bodyguards at next month's Labour Party conference.  Regardless of whether the likes of Berger and Smeeth go through with this, that it is being discussed is a clear sign that Labour is almost beyond repair on this issue.  Corbyn doesn't care, for him and his ilk the opinions of a few hundred thousand Jewish voters are easily eclipsed and outweighed by millions of Muslim voters who adore his anti-Semitism.