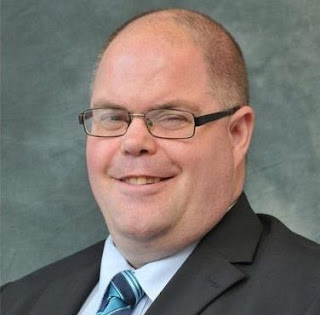 Cllr Paul Middleton (pictured above) was caught in a police sting targeting online paedophiles.  The Sunderland councillor thought he was in contact with a vulnerable 12-year-old living in care, but it was actually a police officer.  The pair made contact in an online chat forum where the 'girl' made it known she was 12, soon to be 13.  Cllr Middleton made it clear he was 43.  When the discussion turned to sex, Cllr Middleton asked if she had "done it" and whether she was into "naughty fun".

Middleton was suspended by the Labour Party in June and according to Sunderland City Council he is no longer a sitting member after failing to attend a single meeting in six months.  He has effectively forfeited his seat.

Today Middleton pleaded guilty to the offence of 'engaging in sexual communication with a child under the age of 16'.  His barrister told South Tyneside Magistrates' Court that Middleton was of previous good character and had co-operated with the police.  He pleaded for sentencing to be passed down by the magistrates, but the judge instead referred the case to Newcastle Crown Court to be heard on January 10th.