WHY NOT TELL THE TRUTH BEEB?

The horrific murders of two young Scandinavian women in Morocco is understandably never going to be a lead story for BBC News.  However, they did cover it, albeit in their own predictable whitewashed slant.  Note that in the BBC coverage the pair were 'found dead from knife wounds'.  This is an insidious way in which to conceal the truth from the public - in reality they were both decapitated by their Islamist killers, with pictures and video taken and posted on the internet Daesh-style.

No mention of this on the beeb.  Other UK news outlets have reported the actual version of events and it is common knowledge across Europe.  Why the cover up? 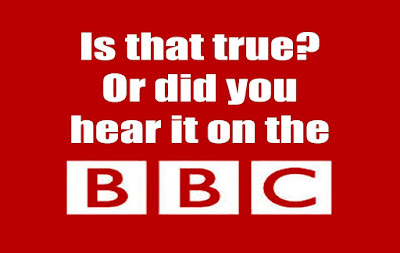