LABOUR COUNCILLOR DEFECTS... TO THE TORIES! 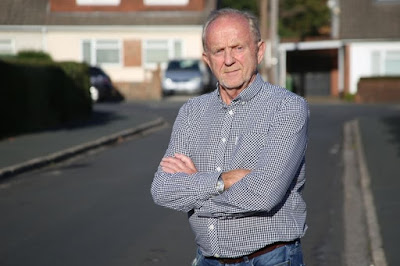 Councillors come and go every week - they stand down, become independents and occasionally switch sides - but rarely do Labour councillors cross over to the Tories (or vice versa).  It happened this week in the Gloucestershire town of Patchway.  Cllr Roger Loveridge (pictured) will now sit as a Conservative councillor after ditching Labour with the following parting shot;

"I have been a Patchway resident for almost my entire life and my only reason for joining the town council was to serve our community. Sadly, I always found myself being shunned and at loggerheads with other Labour councillors when I tried to encourage positive change. I fought for more openness, as meetings were often unnecessarily behind closed doors, but the only people who would ever support me in this were the Conservative councillors, who I can see now care more about the greater good of Patchway than my previous colleagues".

The Bristol Post approached the council leader for comment, Labour's Eve Orpen, but she declined.  She also 'declined to comment' earlier this month when a damning audit of Patchway Town Council uncovered 'discrepancies in the accounts' among other things.  No wonder Cllr Loveridge binned the Labour Party!
at October 18, 2018