When some trainee British Army recruits bumped into Tommy Robinson last week they asked for a photo with the campaigner.  Clearly delighted with the encounter they probably didn't imagine the national furore it would trigger.  One of the lads was discharged and the others were condemned by politicians, the top brass and an hysterical media.  The Guardian ran a disgusting headline labelling the entire British Army 'far right'.

We thought it only fair to point out that rather than pose with British soldiers, the leader of the Labour Party would rather pose with terrorists who advocated the murder of British soldiers.  A BTLP original, this was shared 1,617 times via our Facebook page. 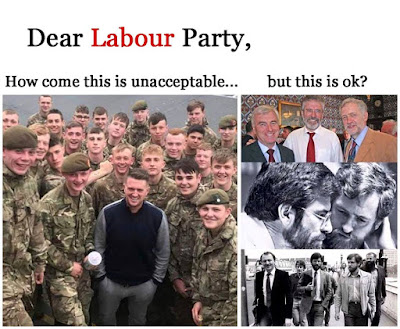