PIGS AT THE TROUGH: YVETTE COOPER 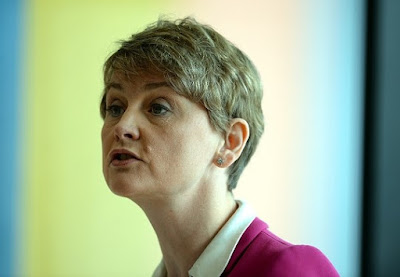 Yvette Cooper is the epitome of a career politician, an elitist ivory tower denizen that dictates our lives, but does not practice what she preaches.  Yvette, and husband Ed, were subject to various claims during the expenses scandal, the most notorious of which was the fact they 'flipped' the designation of their second homes THREE times within two years.

At the time of the scandal MPs outside London were entitled to a generous second home allowance, so they could perform their Westminster duties in addition to their constituency work.  This 'allowance' was a staggering £24,000 per year.  What's more, regardless of the fact two MPs may be married and living together, both could individually claim the full allowance, something which Balls and Cooper made the most of.

After she was first elected to Parliament, Cooper designated her Castleford home as a second home.  After her husband was elected in 2005 she 'flipped' the designation to their South London property, despite this clearly being their main home (their children attended London schools).  They had both realised they could claim much more against a London house than they could on a Yorkshire house.  When they bought a larger property in North London in 2007 they kept London as their second home.  It was a no brainer, obviously.  They also claimed a whopping £2,000 for the removal vans!

Cooper and Balls were later exonerated of any wrongdoing, as they had acted within the rules.  A relatively 'small' overpayment of £1,363 was to be paid back.  This probably related to two monthly claims of £1,300 (each) for mortgage interest, at odds with their mortgage statement of only £733.

The pair were also found to have claimed for 375 journeys taken by their children between Castleford and London over a three year period, totalling more than £14,000.  This exceeded the allowance, which stood at a maximum of 30 journeys per year per child (or 90 journeys as they have three children).  They were not sanctioned for this either.

In 2007/08 Yvette Cooper claimed £152,659 in expenses and allowances alone.  However, to understand the full scale of pigtroughery, one must remember that all this took place while she and Ed were earning ministerial salaries of £141,866 - each.  They also have ministerial pension pots to look forward to later in their comfortable lives.  All in all, quids in! 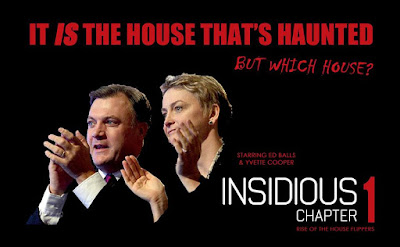