Caroline Flint recently indicated she was prepared to back a Brexit deal in Parliament.  Of course it wasn't long before the trolls piled in. 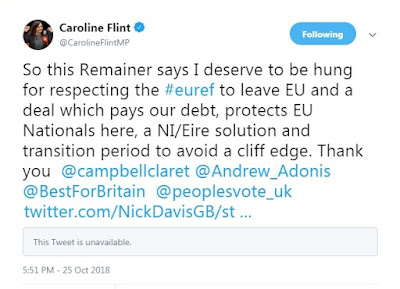 The offensive tweet (now deleted) is reported to have read;

"By this time next year, she will be swinging from a rope, like her Brexiteer mates"

In addition to the actual tweeter, Flint also attributed the vile message to key remoaners in her own party - namely Alastair Campbell and Lord Adonis - as well as the so-called 'People's Vote'.  She is quite right in bringing them to account.  Campbell recently urged Boris Johnson to "f*** off under a bus".  It's no wonder such bile is filtering down to the trolls when they hear language like this emanating from such high profile Remainers. 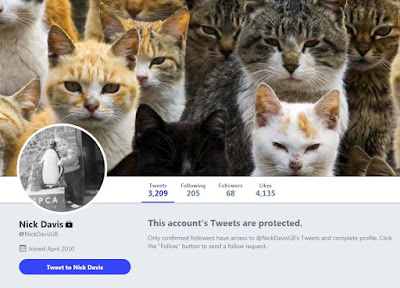 Nice cover photo Nick and quite fitting for a pussy such as yourself.
at October 29, 2018