LABOUR MEP PLEADS FOR HER JOB 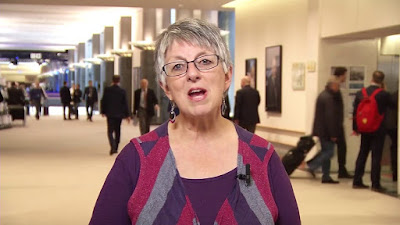 Julie Ward (pictured) is a Member of the European Parliament for the North West of England.  As the clock ticks down to March 29th time may be running out for British MEPs to find alternative employment.  Some are getting nervous and Ward is clearly one of them.

In today's Independent she writes an article aimed directly at her party leader.  The headline pleads "Jeremy Corbyn, please do what's right for our constituents", as she proceeds to beg him to support a second referendum aka the so-called 'People's Vote'.  Of course this is nothing short of a self-serving exercise and total contradiction of her constituents' expressed wishes in the first referendum!