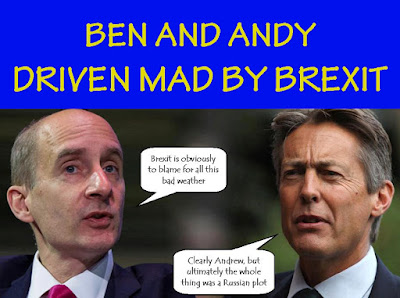 When Labour MP Ben Bradshaw stood up in the House of Commons in 2016 and announced that the "Russians" were behind the Brexit vote we didn't think anyone could surpass his fruitcakery.  Then slowly, but insanely, a Labour figure emerged to take his loony crown.  Step forward life peer Lord Adonis.

The list of crazy over-the-top statements attributed to Adonis is endless.  In September he clashed with Labour colleague Gisela Stuart and suggested that Leave voters should not vote Labour!  However, it's his Twitter account that provides the most regular comedy output.  We've put together below a selection of some of his recent crazed outpourings.  This is just a snippet as he tweets about little else other than Brexit... 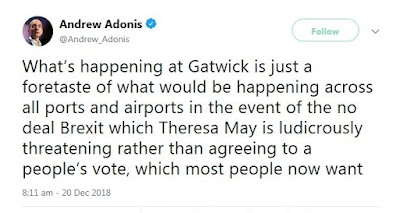 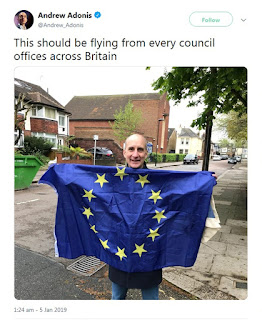 He wasn't lying either when he said he wasn't signing off Twitter for Christmas, he tweeted about 25 times on Christmas Day!  How sad is that?  Adonis blocked us on Twitter some time ago, but we can still see what he's up to and monitor his mental decline!
at January 09, 2019