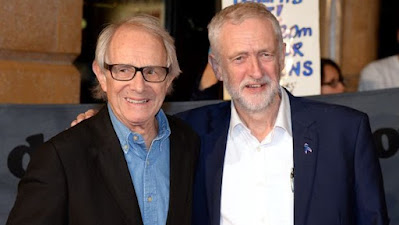 Hard left film director Ken Loach has been expelled from Labour, having maintained links with one of the far left groups banned by Labour's NEC last month.  Labour Against the Witchhunt was formed in 2017 to contest allegations of anti-Semitism in the party and attracts support from expelled Labour members and prominent reds such as Alexei Sayle, Ken Livingstone and Chris Williamson.  The group is chaired by Jackie Walker and Tony Greenstein, both of whom were expelled from Labour for alleged anti-Semitic remarks.
Loach broadcast news of his expulsion to his 82,000 followers on Twitter... 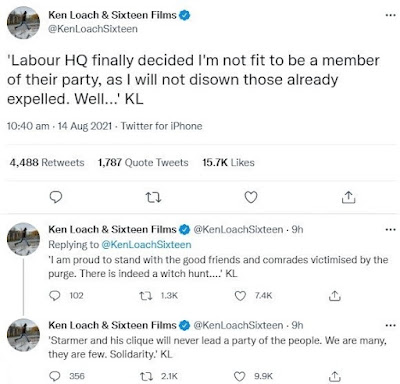 Loach went on to retweet messages of support from members of Labour's Socialist Campaign Group, including John McDonnell, Zarah Sultana, Jon Trickett and Ian Byrne.  Also chipping in were Jeremy Corbyn's youngest son and the Beeb's favourite European leftist Yanis Varoufakis, the man billed as an 'economist', but who lasted less than nine months as Greek finance minister. 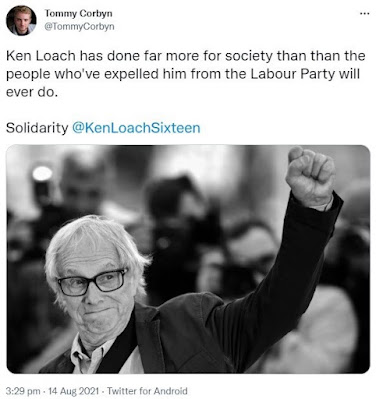 Surely Yanis wouldn't have misspelt Sir Keir's name on purpose?
It remains to be seen where Loach ends up next on his political meandering across the left, having previously been involved in Respect and Left Unity.  Will George Galloway be in touch?
at August 14, 2021