Owen Jones was forced into an embarrassing apology earlier this week after stating that he wanted Labour to lose the forthcoming Batley and Spen by-election.  The wee lad was involved in one of his regular Twitter spats during which his opponent asked whether he would prefer it if Labour failed to hold the seat.  "Yes!" came the emphatic reply. 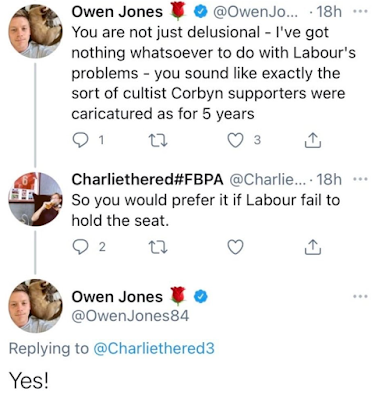 The cyber antics began when Charliethered accused Little Owen of being a 'Tory by proxy'.  The following morning Jones deleted his response to the Batley question and tweeted the following retraction. 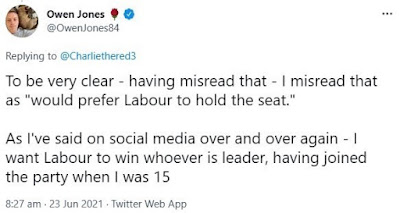 Unfortunately for Owen, the screen capture of his 'Yes!' response had already done the rounds.
at June 25, 2021