STARMER PASSES FOR HUMAN BEING

If Keir Starmer's appearance on Piers Morgan's Life Stories had gone out prior to last month's elections, it would have been far better for his profile than his daft photo opportunities with wallpaper, boxing gloves and fish and chips.  What viewers saw last night were glimpses of an actual human being beneath the dull, wooden, robotic exterior.  He spoke emotionally about very personal issues such as the loss of his mother to a rare form of debilitating arthritis known as Still's disease.  He also joked - or at least attempted to - as we got a snapshot of him from his Oxford University days in the 1980s. 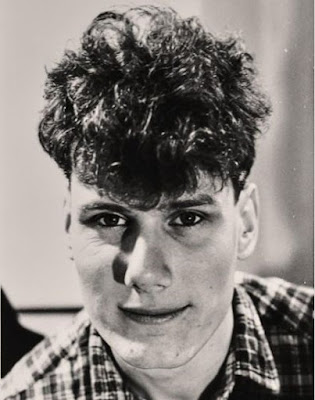 It was during this exchange that Morgan pushed Starmer on drug use back in the day.  It may have been more prudent if he had confessed to a dabble, rather than persistently evading the question by saying that he'd 'had a good time'.  His response merely suggested that drugs lead to a good time.  Click below for the clip.
At times this interview was incredibly cringeworthy, in particular his attempts to come across as an alpha male.  This is the man who tried to sack Angela Rayner and ended up bestowing on her more titles and power than she had previously.  This is the man who literally couldn't punch his way out of a paper bag.  So when he implies that he's some kind of hard man on the football pitch who would 'knock Boris Johnson over', it's pathetic and embarrassing - not least because the viewers all know that the opposite is true.
Crucially, when it came to party policy, Starmer was typically vague and lacked any tangible substance.  So while this interview may have opened a few eyes to something approaching a human being, it also reminded them that he has absolutely nothing to offer.
at June 02, 2021