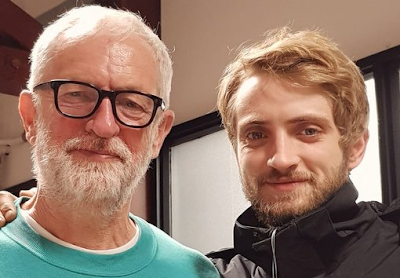 Jeremy Corbyn's youngest son has vigorously defended his father following Lisa Nandy's recent comments.  Tommy Corbyn wrote a lengthy thread on his Twitter account saying that any attempt to unseat his dad would fail.  Nandy had suggested that she'd be prepared to campaign for a Labour candidate in Islington North, should Corbyn fail to regain the party whip before the next election. 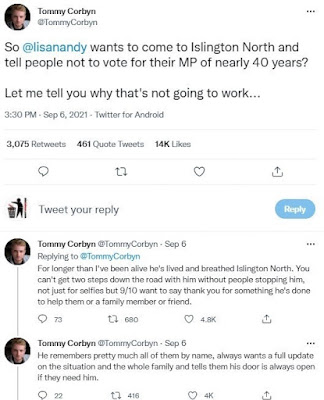 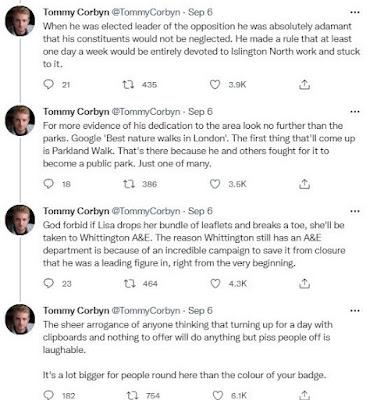 In 2024 Jezza will have been Islington North's MP for 41 years and in that time has extended his majority from 5,607 to 26,188.  Regardless of how many parks and hospitals he's campaigned for, it would be a hard slog for Labour to regain that seat.  We're no fans of commie Corbyn here, but the same thing could not be said were it Blair, Brown or Miliband under threat.
at September 09, 2021