AN UNCONSCIOUS EMBRACE OF THE LEFT 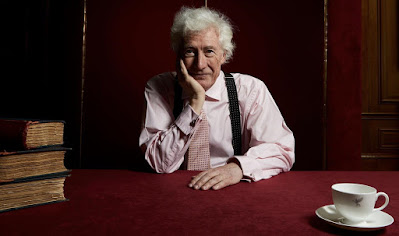 Lord Sumption is an author, historian and renowned as one of the finest legal minds in the country.  In 1986 he became one of the youngest QCs ever appointed and in 2011 was appointed Justice of the Supreme Court - the highest in the land.  Sumption is no mug and yet lockdown enthusiasts are quick to rubbish him as a 'covidiot'.  Ah yes, a word that symbolises the typical sneering response of the left or someone who surrenders a debate because they are incapable of critical thought.
For many months we have ourselves failed to persuade many on the right of their folly in continuing to support repressive long-term policies.  In fact we did initially support the lockdown regime, albeit at a time when little was known about the virus and the effectiveness of the proposed measures.  We were not alone, but one by one conservative, libertarian and liberal commentators have worked things out for themselves.  Such voices are blacklisted from the mainstream media, but they can still be found if one cares to look.
In an interview with Spiked's Brendan O'Neill earlier this month, Lord Sumption managed to sum up what it is that lockdown enthusiasts on the right have got completely wrong.  That is to say that such repressive measures are the staple diet of the left.  Totalitarian restrictions on liberty and freedom is simply not the natural discourse of conservatism.

The opposition inside the Conservative Party itself is exemplified by the dozens of Tory backbenchers who have stood firm against restrictions, including Steve Baker, Mark Harper, Desmond Swayne and Charles Walker.  Where Sumption asserts that the party would be 'united in opposition' if the shoe were on the other foot, there is already a precedent that shows he is spot on about this.

In Wales, where Labour is running the lockdown show, the Welsh Conservatives were universally opposed to Drakeford's so-called 'fire-break' lockdown last Autumn.

The full fascinating interview with Lord Sumption can be heard here.  Lockdown enthusiasts who can listen to the whole piece and still refer to him as an 'idiot' should perhaps take a good look at themselves in the mirror.