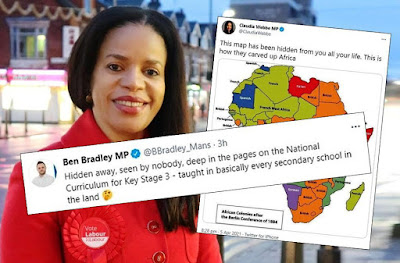 Hard left MP Claudia Webbe has been rinsed on Twitter over a tweet in which she suggested the partition of Africa had been 'hidden' as part of some grand conspiracy.  Unfortunately for Webbe, many Twitter users were well aware of the scramble for Africa, partly because they're a) not stupid and b) learnt about it in school. 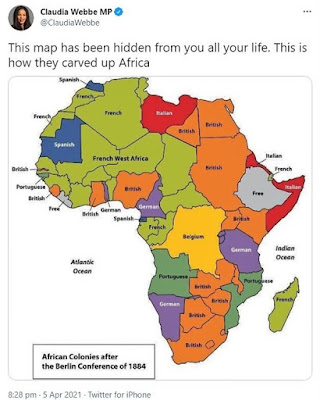 Her reference to 'they' appears to be an attempt at stoking racial division.  Did she mean the colonial powers of Western Europe or just white people in general, either way a blatant exercise in race-baiting that we've come to expect from the left.
Hapless Claudia was ridiculed by Twitter users who pointed out that the partition is taught on the national curriculum.  Maps of the partition, similar to the one she posted, are also freely available on any internet search engine, or as many pointed out - history books! 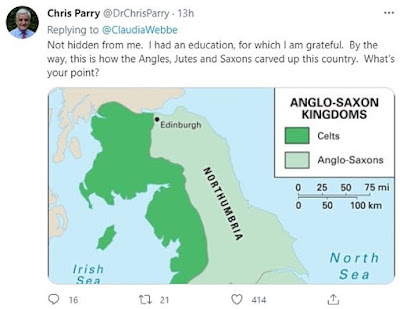 Webbe has been the MP for Leicester East since 2019, when she replaced Keith Vaz aka 'Jim the washing machine salesman'.  She had the Labour whip removed last September after she was charged with harassment.  She is currently awaiting trial and will face a Parliamentary recall petition if found guilty.  Two out of the three previous recall petitions have been successful (Labour's Fiona Onasanya and Tory MP Christopher Davies).
Additional reading
Webbe's Mobile Meltdown
Webbe's Radio 5 Car Crash
at April 07, 2021