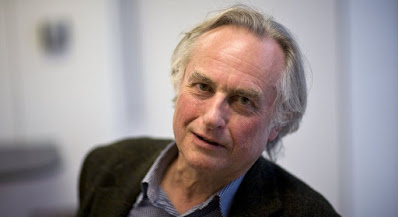 Richard Dawkins has become the latest high profile name to fall victim to the woke cancel mob.  Dawkins' 'crime' in the eyes of the Twitterati was to suggest that trans people may not physically constitute the genders with which they identify.  In the offending tweet the scientist likened transsexuals to the infamous case of Rachel Dolezal, the race-baiting US activist who claimed for years she was a black  woman when in fact she was white. 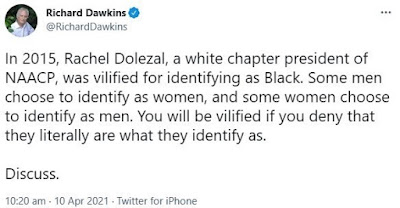 Two days after this tweet he posted a pathetic apology, but as we know that is never enough to stave off the cancel mob.  Sure enough, he has now been stripped of his 'Humanist of the Year' title, an award bestowed on him in 1996 by the American Humanist Association.  In a statement that body said:

"Richard Dawkins was honoured in 1996 by the AHA as Humanist of the Year for his significant contributions in this area.  Regrettably, Richard Dawkins has over the past several years accumulated a history of making statements that use the guise of scientific discourse to demean marginalised groups, an approach antithetical to humanist values.  His latest statement implies that the identities of transgender individuals are fraudulent, while also simultaneously attacking Black identity as one that can be assumed when convenient.  His subsequent attempts at clarification are inadequate and convey neither sensitivity nor sincerity.  Consequently, the AHA Board has concluded that Richard Dawkins is no longer deserving of being honored by the AHA, and has voted to withdraw, effective immediately, the 1996 Humanist of the Year award".

A few days before he was stripped of his title, the self-confessed liberal (and former Labour voter) bemoaned the abuse he'd received on Twitter. 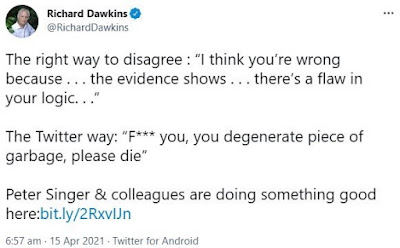 The website he linked to in this tweet was the Journal for Controversial Ideas.  What an age we live in where suggesting that a person born with a penis is anything other than a man is such a controversial idea!
at April 21, 2021