WHY ARE MILLENNIALS QUIETLY DUMPING CORBYN?

Having visited Glastonbury and posed for a (rather awkward) GQ cover, it was clear that Jeremy Corbyn saw an opportunity to appeal to young voters and for a time, perhaps, it worked.  But the tide has now changed.  Here’s why.


Clever politicians target the people they’re most likely to influence with the least amount of effort.  It took Corbyn some time to actually realise this, having spent most of his life as a perpetual campaigner rather than as a serious politician.  Once he did though, the Labour/Momentum machine had to figure out which voters would be the easiest for Corbyn to target with his neo-Marxist communist messages.  Who exactly would be the easiest floating voters for them to reach? 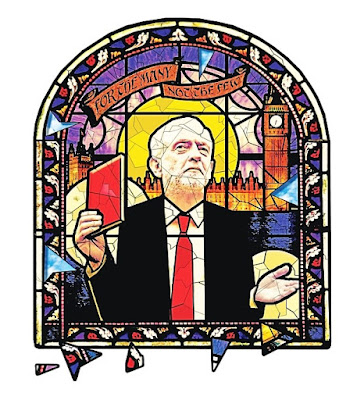 Persuading people who have bad memories of similar things happening before is never going to be an easy task.  As any therapist will tell you, working with traumatic memories can be hard work.  The ‘baby boomers’ and ‘Generation X’ both remember the USSR, Winter of Discontent, IRA terrorism and many more ditties from the left-wing playbook.  With memories like these, they were hardly likely to vote for an encore performance.

Millennials, on the other hand, provided fresh meat for Corbyn’s team.  It’s nothing to do with them being young, or naive, or easily influenced (as some grey haired media-types like to infer).  In fact
millennials are probably the most highly educated and analytical generation there has ever been.  It’s just that they didn’t have the same personal experiences as their parents and grandparents.  Here, Corbyn’s High Command saw an opportunity to re-sell an idealistic vision of a better world coming to pass via Marxist principles, to a new and unbiased audience.

He imagined for them a life where money materialises instantly to pay off student loans, where everybody earns more cash and where nobody sleeps on the streets, a paradise where amazing things can be achieved and every adversity is no longer 'inevitable'.  Research shows how millennials are also one of the most tolerant, open minded and multicultural generations in living memory, so of course this vision would instantly magnetise them.  But these values aren’t unique to Jeremy Corbyn.  Or even to the left.

Most credible mainstream politicians see these values as so implicit and basic that they don’t even bother to articulate them.  Their challenge is not describing the vision, but delivering an approach that makes it a reality.  In East European countries, millennials have a very different, first hand, view of the communist-style approaches that Corbyn praises.  For millennials there, the oppression and poverty of the USSR form their own childhood memories.  On recent walking tours I’ve done in Budapest, Bratislava and Vilnius (among others), led by student guides, it’s abundantly clear how these fellow millennials view communism as a ridiculous non-answer to the world's problems.  For them, first-hand memories of its reality are a powerful repellent.

Recently though, UK millennials too are finding themselves on the receiving end of some  increasingly sour communist flavours of their own, as Corbyn’s political chiefs try to desperately turn up the heat underneath them.  First they saw Corbyn downgrade his promises on student tuition fees from a ‘commitment’ to an ‘ambition’.  They knew this was code for a broken promise, because his approach couldn’t actually deliver on his rhetoric.  This was also their first indication that Corbyn’s
communist approaches towards building their vision of a better world might not actually be
possible within the economic realities.

More recently, millennials have watched in horror at the open hostility and intolerance of Corbyn supporters towards Jewish people.  As many Jews now openly fear any prospect of a Corbyn government, the uber-tolerant UK millennials are spotting signs that the ‘our man of peace’ facade might, just, be a creaky trojan horse that’s now starting to expose its poisonous innards.  They’re increasingly turned off by this overt racism which their generation has been taught to revile. After all, they are the ones who went to school in the most multi-coloured, multi-faith classrooms this country has ever seen.  And they benefited from it, enormously.  Why would they want to be dragged backwards into an era where racial intolerance (‘no Irish, no blacks, no dogs’) was considered an acceptable attitude?

Lastly, millennials are one of the most entrepreneurial generations in history.  They are the ‘Dragon’s Den’ generation, the ones bringing a vibrant, new, gig economy to life.  They are increasingly the ‘digital nomads’, earning their livings by doing flexible tech-based projects online from wherever they have good WiFi connections.  It’s now even considered a valid lifestyle choice to ‘gig your way around the world’.  The flexibility this brings allows millennials to earn very good livings from temporary online projects whilst being able keep control of their own work/life balances and build great travel memories at the same time.

So when they see Labour’s Shadow Chancellor wanting to remove the freedoms that make all this possible, it annoys them.  Why should they be tied up in red tape, shackled to an employer with ever more complicated and restrictive employment contracts and punitive taxes?  Clearly, this interference shows a complete lack of understanding by John McDonnell as to what young voters actually want from their lives, work and careers.  They increasingly see this as the meddling of an out-of-date trade unionist trying to re-impose failed solutions to 1970s problems on them, by forcing values that were important to some baby boomers nearly forty years ago.  And if there’s one thing millennials are now growing very tired of, it’s past generations thinking they know best and interfering with their future
prospects and opportunities.

So, why are millennials quietly dumping Corbyn’s invitation to bring communism to the UK?  It’s not because of any 'right-wing' media scare stories, or even because of the millions of killed by communist regimes over the past century.  It’s now because UK millennials are forming their own, first-hand, memories of it’s failures too.
at September 19, 2018