Labour's cherry picked acceptance of the "full definition" means the debate will go on and on and on.  And on some more.  Patrick Blower summed things up pretty well in this cartoon he published a few weeks ago. 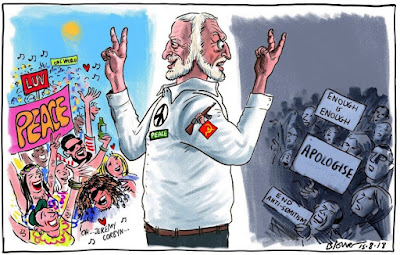 The 31 men charged today included five called Hussain, four named Mohammed, three name Ali, an Abdul and an Usman.  Various whiter than white lefties were outside court waving placards with the slogan "Justice NOT Racism".  No wonder there is so much anti-Semitism on the left when they are prepared to defend such hideous crimes emanating from the Muslim community. 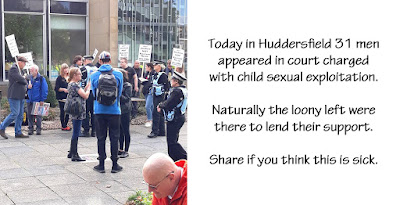