We're no fans of Blair or the BBC, but the third paragraph in this beeb article nailed the outlandish arrogance of Red Len.  Despise him as much as you do Len, but he is your longest serving Prime Minister and the last Labour leader to win a general election.  What has Corbyn won? 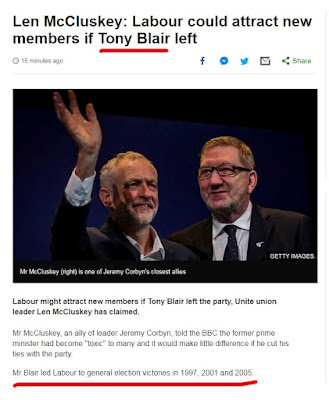 Disgraceful headlines today courtesy of the woeful Thornberry.  No deal has yet been made, but you've just announced you're willing to dismiss any deal that is potentially made.  Why on earth would anyone dismiss a deal before knowing what it is, let alone announce such an irresponsible and brainless intention to the electorate!  This is a big vote loser, top muppetry. 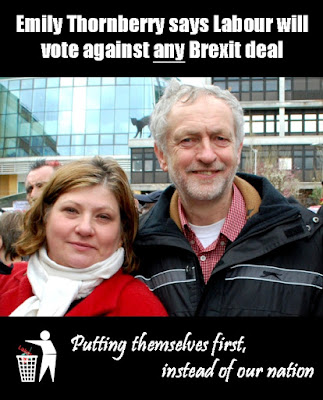