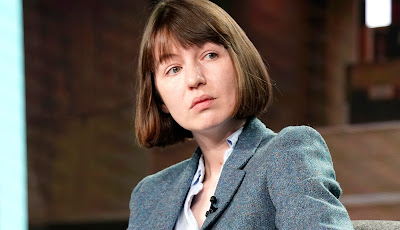 The far left have heaped praise on an Irish author who refused to have her latest novel translated into Hebrew.  In a statement Sally Rooney (pictured, above) said: "I simply do not feel it would be right for me under the present circumstances to accept a new contract with an Israeli company that does not publicly distance itself from apartheid and support the UN-stipulated rights of the Palestinian people".  How Israel must weep!
Rooney has allied herself with the Palestinian-led BDS movement (Boycotts, Divestments and Sanctions).  The stated aims of BDS are to 'end Israeli occupation and colonisation of all Arab lands', ensure the return of Palestinian refugees and enable 'full equality for Arab-Palestinian citizens'.  BDS is supported by hard left parties and movements across the West and has found itself dogged by persistent claims of anti-Semitism.
Critics have pointed out that Rooney's condemnation of Israel is full of hypocrisy.  It has now been established that Rooney's book was translated into Mandarin by a publishing house backed by the Chinese Communist Party.  Where is her outrage?  Presumably she would similarly accept an Arabic translation, despite the widespread oppression of women across the Arab world?  Of course, given the decadent subject matter of Normal People, there is little chance of such a translation.
Naturally, Rooney describes herself as a Marxist.  Hypocrisy and selective feminism is the hallmark of a communist.
One of those who has found a new heroine in Rooney is Labour's young Coventry MP, Zarah Sultana.  Earlier this week she tweeted the author's name alongside a green heart, an interesting choice of colour.

Green is a colour strongly associated with Islam, less so communism.  She could have just as easily used the Palestinian flag, which is also available as an emoji on Twitter.
Just three days earlier Sultana had tweeted about a small multi-faith gathering between Muslim and Jewish women, aimed at building 'solidarity across communities'.  Wonder how these Jewish ladies feel about their MP's ringing endorsement of Rooney? 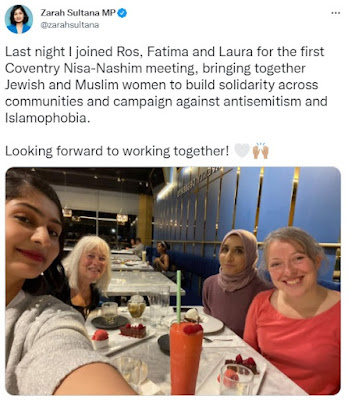 The following day Sultana attended another event, this time a celebration of languages.  Yes, the same woman who three days later would applaud an author who discriminates based on language. 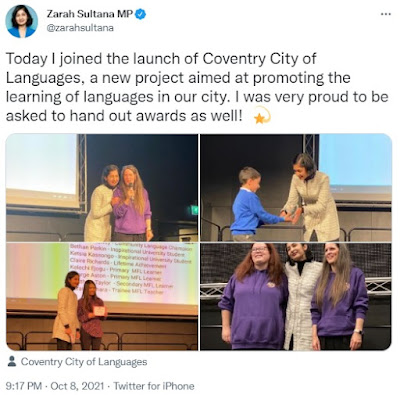