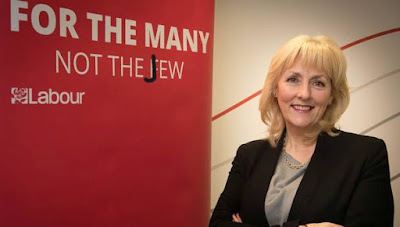 When Labour's general secretary decided to release disciplinary statistics relating to alleged anti-Semitism in the party, she probably hoped that the transparency would dampen the ongoing scandal.  She couldn't have been more wrong.  Jennie Formby (pictured, above) has been under increasing pressure to act on the problem and today she emailed MPs with some interesting figures.

Since last April there have been a total of 673 complaints, only twelve of which resulted in expulsion.  As the shocking figures quickly made headlines the party hit back with a feeble defence that the numbers 'only' amounted to 0.1% of the total membership.  "We are committed to tackling anti-Semitism and rooting it out of our party once and for all", the spokesman added.  With many of those initially suspended now back in the party how exactly is that going to work out?

Labour MP Margaret Hodge was not impressed and questioned the figures. 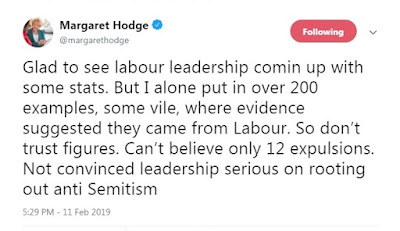