Former Labour MP Michael Dugher was never much of a Corbynista, to put it mildly.  Having been deeply embedded in New Labour, and as a vice-chair of Labour Friends of Israel, his card was always going to be marked by the loony left.  It was surely no coincidence that at the first general election under Corbyn's leadership he chose not to defend his seat.

Dugher now works in the music industry, but we still follow his Twitter account.  He is probably the only former MP we follow, but then who can possibly tire of such colourful use of the English language... 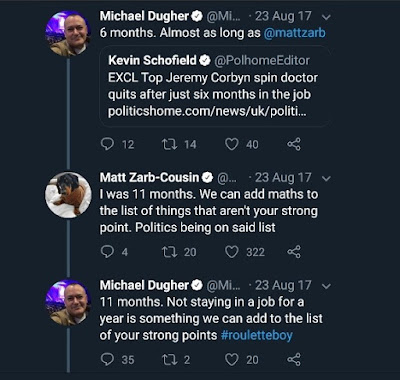 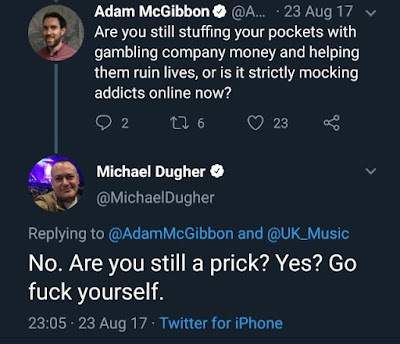 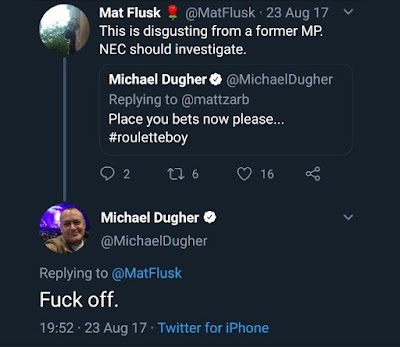 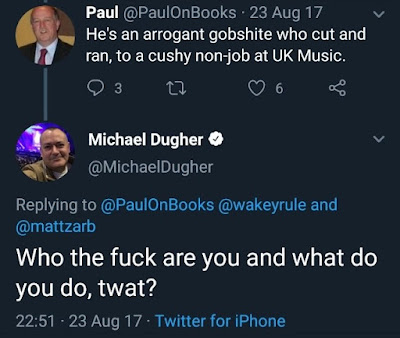 On Sunday Michael Dugher binned the Labour party.  In one final slap in the face for the Corbynistas he chose the hated Sun newspaper in which to announce his departure.  In his article he denounces Labour's anti-Semitism and the abuse of Jewish MPs Luciana Berger and Ruth Smeeth.  He is damning throughout and singles out Corbyn and McDonnell for criticism.  Well worth a read.

“Labour has been the greatest force for good for working people in British history.  But the Labour Party I joined no longer exists.”