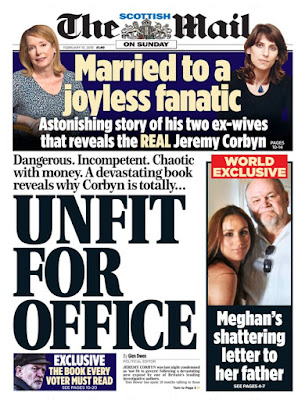 The Mail on Sunday has got itself an exclusive look at a new book about Corbyn and the rag has gone into overdrive to splash the contents.  A Dangerous Hero: Corbyn's Ruthless Plot For Power has been written by investigative journalist Tom Bower, and is being serialised in the Mail from today.  Articles began appearing yesterday and became a torrent by the end of the day on Mail Online.  They are even running a TV ad.

Just some of the articles currently being run by Mail Online as follows...

Corbyn's 40 years of plots, lies, intimidation and chaos
How Corbyn grew up to hate the middle classes
Corbyn would be the least intelligent PM
Corbyn's marriage to Jane Chapman
Married to a joyless fanatic
Corbyn's misogyny
How Corbyn drove Jane Chapman away
When Corbyn took his friends to see naked Abbott
Corbyn had a string of relationships with younger women
Corbyn wanted unlimited migration from the beginning
Corbyn believed in Brexit, but campaigned for Remain
Corbyn condemned as not fit to govern
Corbyn isn't fit to be PM
at February 10, 2019 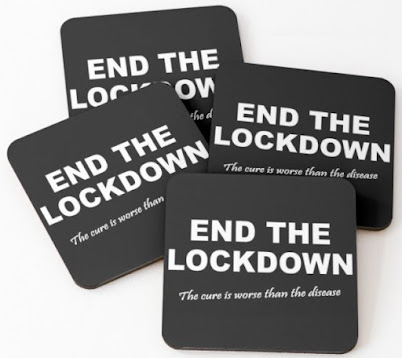