AUSTIN QUITS, BUT NOT FOR TIG 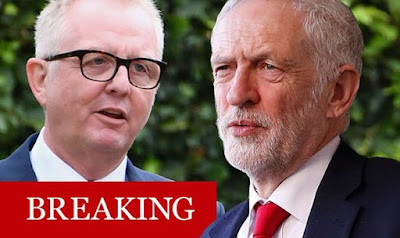 Ian Austin has become the ninth MP to quit Labour this week.  He is a long term critic of Corbyn and his Momentum footsoldiers.  However, the MP for Dudley North will not be joining up with Chuka's Independent Group.  Unlike the MPs in TIG, he is not a hardcore remoaner.  Austin was one of the 14 Labour MPs to rebel and block Yvette Cooper's Brexit blocking amendment last month, none of which have joined TIG, for obvious reasons.

Austin was investigated by the party last year after an incident in which he is alleged to have 'screamed abuse' at Corbyn loyalist Ian Lavery.  The charges against him were later dropped.

Worryingly for Labour, Austin commanded a wafer thin majority of just 22 votes, so if he stands as an independent in the next election he will almost certainly split the vote enough to turn the seat blue.


I have decided to leave the Labour Party and I wanted to tell people in Dudley first. https://t.co/IaXSwDry06
— Ian Austin (@IanAustinMP) February 22, 2019