MPs WAGES TO RISE YET AGAIN! 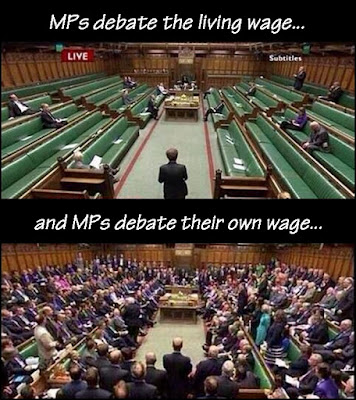 MPs' salaries are to rise significantly for the SEVENTH year in a row!  The basic salary from April 1st will now be £79,468, a raise of £2,089 from last year, or 2.7%.  The current rate of inflation is just 1.8%.  The basic salary does not include expenses and other allowances, which are added.

MPs have enjoyed a whopping £13,730 in wage hikes since 2013, despite inflation having dropped from the 2.83% it was back then.  In a further slap in the face Parliamentary staff will only be receiving a 1.5% pay rise, less than inflation and significantly less than their bosses.  Police officers received a 2% pay rise in September.

MPs who chair committees will enjoy an additional wage hike.  For example the chair of the Home Affairs Select Committee - Yvette Cooper - will now take home a basic salary of £95,396.  Quids in again Yvette!

It's worth noting that the latest pay rise will come into effect three days after Britain is due to leave the EU.  If we leave without a deal most MPs predict there will be 'chaos' and 'economic woe'. 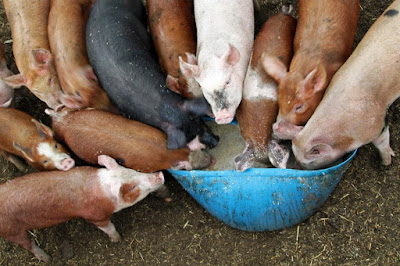