Jeremy Corbyn is a hardcore Brexiteer, but despite decades of being opposed to the EU he has been held hostage by the majority of his party since 2016.  We all saw how uncomfortable he was campaigning for Remain ahead of the referendum.  He went underground for days, his speeches lacked any bite or conviction and he looked awkward during Remain events.

Keir Starmer is a hardcore Remainer, that's why everything he says is skewed in favour of the EU.  That's why he always contradicts and undermines his party leader almost as soon as Corbyn speaks out against something EU-related.  On Monday's Newsnight he contradicted his own party policy, that by which freedom of movement must end.


"Most people" wouldn't mind workers coming, students coming or people coming to join their families.  That's pretty much freedom of movement then, you slippery snake!  A lot of people would object to that because it's one of the key reasons so many people voted Leave in the first place.  This refusal to accept any of the concerns raised by the Leave vote, or the Leave vote itself, is why so many people don't trust Labour.  While we are told most Labour voters chose Remain, many did not.  One only has to look at the huge swathes of northern England that voted Leave to know this.

It's the same in Wales where new First Minister Mark Drakeford is similarly committed to ignoring voters.  He says he would campaign for Remain in a second referendum, despite the fact Wales voted to Leave, particularly those hardcore Labour strongholds throughout the Valleys.

Labour is currently haemorrhaging members, supposedly because Remainers are upset at Corbyn for not supporting their 'loser's vote'.  If they go full on Remain like Starmer and Drakeford would have them they will start haemorrhaging voters too.  It's a fine line... 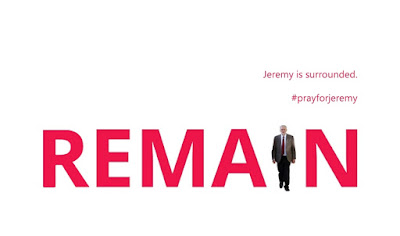