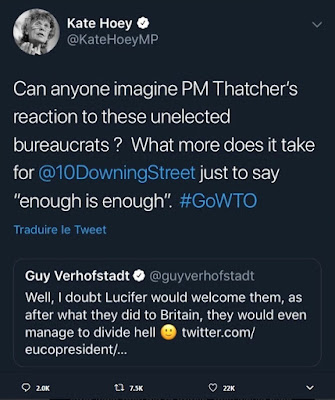 Labour Brexiteer Kate Hoey has denounced the recent combative tones being uttered by senior EU figures.  Commenting on Donald Tusk's 'special place in Hell' remark, the EU Parliament's Brexit chief Guy Verhoftstadt doubted that "Lucifer would welcome them".  Kate was clearly not impressed and is keen on no deal, urging Theresa May to just walk away and #GoWTO.  Her tweet will surely endear her even more in the eyes of her Remain colleagues!

Verhofstadt is no stranger to being trolled, he is the focus of a hilarious parody account on Twitter where is referred to as Verhoftwat... 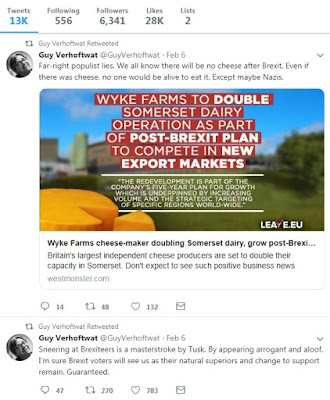