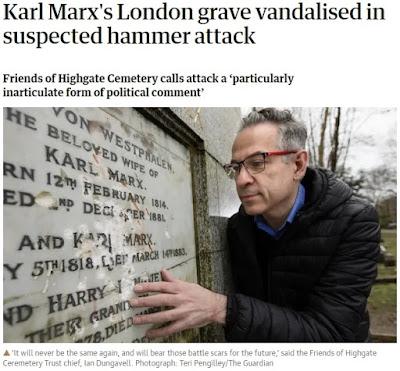 "A particularly inarticulate form of political comment".  Words used to describe the vandalism of Karl Marx's grave this week, but which could easily be attributed to the attacks on two World War II memorials two weeks prior.  The Guardian was obviously concerned about the Marx damage, it followed up its initial report with a 'whodunnit' report.  And yet, strangely, there is no mention of the moron who threw white paint over memorials to RAF Bomber Command and Churchill/Roosevelt.  In fact, it appears that the Guardian hasn't reported on this particular incident at all.

Who'd have thought it?  The Guardian more concerned about a jobless German sponger than the heroes who fought to save our own country from tyranny... 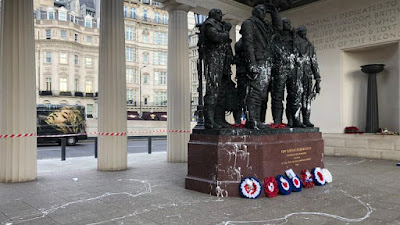 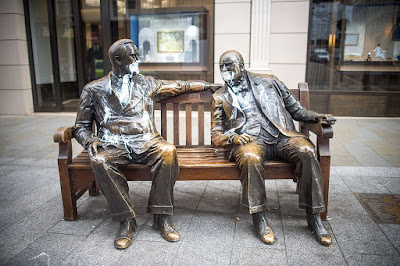