Labour MPs addressed rallies across Britain yesterday, many of whom invoked memories of warriors who fell in battle for our country.  In the past week Owen Jones has repeatedly referred to the sacrifices and spilt blood of our ancestors.  A very smug John McDonnell appeared on Ridge this morning and deployed the same argument.

It's all a bit rich though isn't it?  The left despise Her Majesty's Armed Forces and would otherwise frown upon any talk of the sacrifices made throughout history in the name of monarch and country.  They despise Armistice Day, Remembrance Sunday and the Poppy Appeal.  They despise anything that smacks of national pride and identity, of which our Armed Forces are inherently symbolic.  It is why Corbyn shows up at the Cenotaph dressed in an anorak and displaying the tiniest poppy imaginable.  It is why he refuses to sing the national anthem and why some of his MPs will only swear allegiance to Her Majesty if it is prefaced by a republican caveat.  Lastly, let's not forget that the left have historically taken up allegiance with enemies of our country, to the extent that they commemorate the terrorist killers of British soldiers and support states engaged against British Overseas Territories.

It's a bit rich to invoke memories of our fallen soldiers.  Isn't it lads? 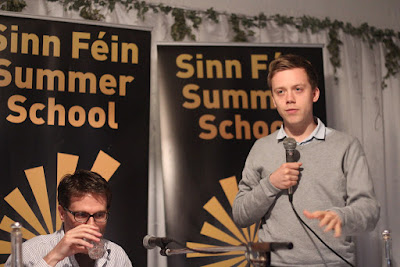 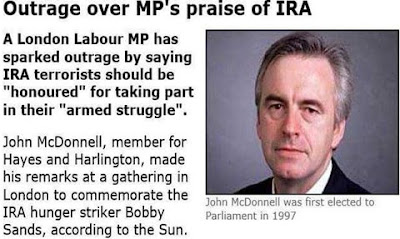