It's going to be a very interesting week as Parliament reconvenes on Tuesday.  Remain MPs are expected to conspire with the Remain Speaker to take control of Commons business and table Remain legislation to stop the government from enacting the Leave mandate.  The same MPs have just spent the last week complaining that the government is undemocratic and performing a coup.  The hypocrisy, as ever, is staggering. 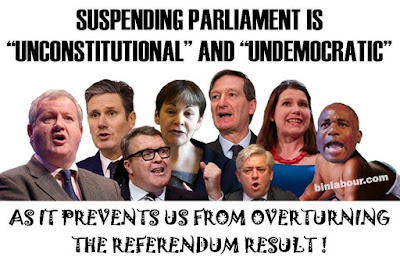