Billy Bunter just can't help himself kicking his own party, regardless of whether they're up or down.  Having scored some major Brexit blocking blows against Boris in the brief period that the Commons sat, Corbyn and co must have thought they'd turned a corner.  Step forward deputy Tom with precision timing. 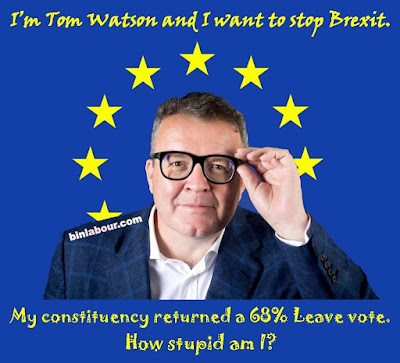 On Wednesday Tom delivered a speech in which he directly contradicted the (current) party line on a second referendum and said the party must back Remain and a revocation of Article 50.  Tom has been on an interesting journey in recent years.  Not only did he vote to trigger Article 50 in 2017, he had been campaigning in favour of holding an EU referendum since 2013.  How bizarre then that he has now positioned himself as an arch Remainer intent on undoing the result of the very referendum he campaigned for?