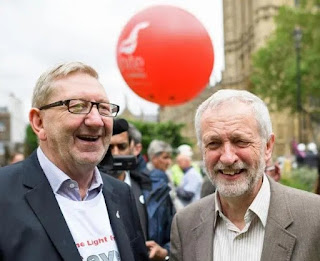 The Unite trade union is Labour's largest single donor and donates millions to the party each year.  Some of that money comes from Unite's membership as each member automatically contributes via the 'political fund'.  While these contributions are relatively small and amount to little more than a couple of pence per day, with a total membership of 1.2 million it adds up to a tidy sum overall and it's all funding the destructive and increasingly extreme political direction of Corbyn's Labour.  However, if you're a member of Unite and don't share these political values you can exempt yourself from the contributions.

Details on the exemption can be found in the Unite rule book under Rule 23.  All you will need is a form, available here.  While your local branch secretary may sneer at such a request, your union rights should not be affected and this is reiterated in rule 23.8 (see below).


A member who is exempt from the obligation to contribute to the political fund of the union shall not be excluded from any benefits of the union, or placed in any respect either directly or indirectly under any disability or disadvantage as compared with other members of the union (except in relation to the control or management of the political fund) by reason of his being so exempt.

Thanks to Adam for sharing this info with us.
at September 28, 2019