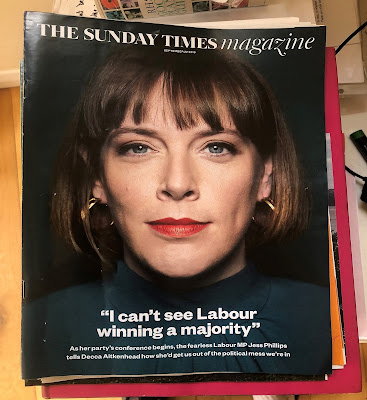 Parliament's biggest narcissist Jess Phillips is in her element at the moment.  In addition to promoting herself in the Commons and on Twitter, she is currently on the news every day of the week.  Despite persistently telling us how tough she is, at the moment she is playing the victim and each day brings up more death threats.  Today she was on BBC Breakfast to update us on her situation and announced that police were called to her home three times over the weekend.  This follows an arrest that was made outside her constituency office last week after a man banged on the windows and shouted 'fascist'.  However, today's interview didn't go entirely to plan and presenter Dan Walker called her out on the hypocrisy she has shown in condemning the language being used by Boris Johnson, while regularly using some pretty unsavoury language herself.


Yes folks, Jess just happens to have a book out at the moment, coinciding with an avalanche of death threats that is conveniently keeping her in the spotlight.  It's also amazing how many of our hard working and handsomely paid MPs can simultaneously write a book while serving in Parliament.  This is actually Jess's second book in three years, making her even more prolific than Rachel Reeves (Leeds West) who has written two in four years, and while the Commons is due to sit this week she is embarking on a tour of England to promote her Truth To Power book. 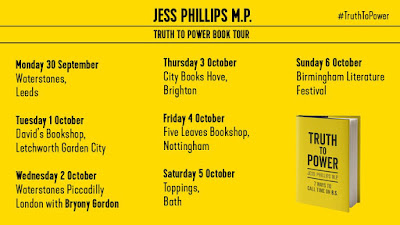 If you haven't seen it yet, this was the YouTube compilation video we made yesterday highlighting Jess's language problem.