Given the near fatal blow suffered by 'Change UK' today, this is a timely petition.  Six of those MPs have now resigned from two different parties this year and not a single by-election has been fought and won.  When Douglas Carswell and Mark Reckless defected from the Tories to UKIP in 2014 they both instigated by-elections.  As they both won those by-elections they spent the rest of that Parliamentary term legitimately elected as UKIP MPs.  So come on Soubry and co - what are you afraid of? 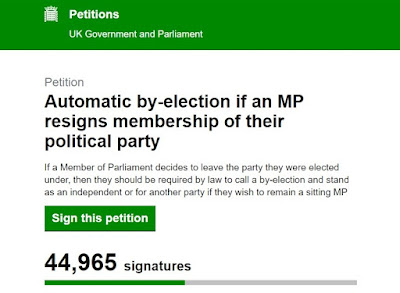