Following on from an election campaign which Labour fought (and lost) on labeling pro-Brexit parties "far right", we were never far away from hearing them incorporate the Tories under that banner.  It comes as no great surprise to hear one of the first to hit the Tories with that phrase is daft Dave Lammy, the man who earlier this year labelled Brexiteers like "Hitler and the Nazis".


The Brexit crisis won't be solved by 120,000 participants in a hard-right beauty pageant.

We can't just sit back and watch as a new leader tries to out-Brexit Nigel Farage.

Only the people can stop us making an historic mistake. We need a #PeoplesVote. https://t.co/zMYXAUfvP4
— David Lammy (@DavidLammy) June 14, 2019


Are the Tories really "hard right" Dave?  They've been in power for nine years, two of which with an outright majority.  Surely we'd have noticed by now if we were living under an authoritarian regime?

As always with the soft lad, not much makes sense.  He bemoans the fact that "British people have been denied a voice in choosing their own prime minister".  Hold your horses Dave - the Tories haven't chosen one yet either.  And in any case, who elected the last Labour Prime Minister?  Not the "British people" that's for sure.  Weren't you a member of Brown's government?  Short memory son. 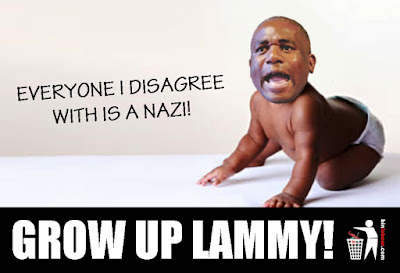