WE WERE AT WORK!

According to a YouGov poll conducted two weeks ago 46% of the British public supported President Trump's state visit against 40% opposing it.  Broadcaster Julia Hartley-Brewer demanded to know why Trump supporters weren't on the streets in their thousands.

This proved to be a backfire for JH-B as many were quick to point out that the demonstrations were taking place during midweek... 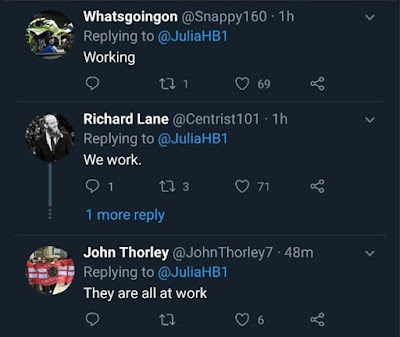 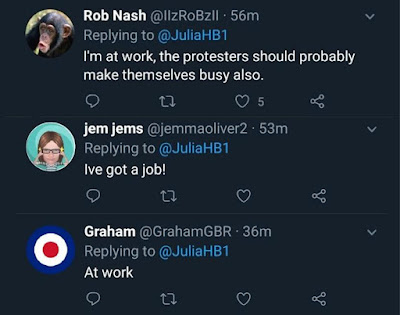 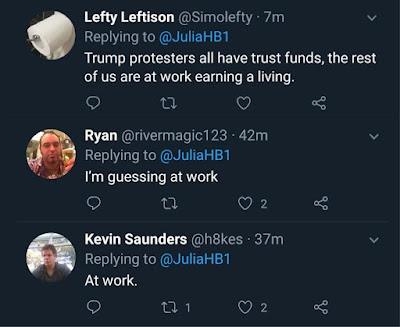