Keir Starmer has deleted a tweet in which he and his Shadow Home Secretary posed indoors with seven union reps and not a face covering in sight.  The nine men are pictured seated around a table in a room with no windows, spaced slightly apart (but not two metres).  Nick Thomas-Symonds (pictured front right) thought better than to tweet the picture, but it was shared to Facebook by the official Unite page. 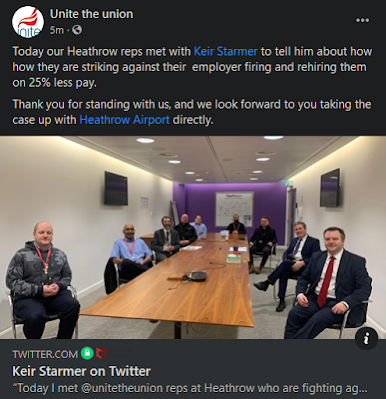 Following a backlash from Twitter users, Starmer deleted the tweet and reposted the same message - without the picture.  However, many had already saved the image or screencapped the original tweet and the new tweet was inundated with comments reminding him that the internet doesn't forget. 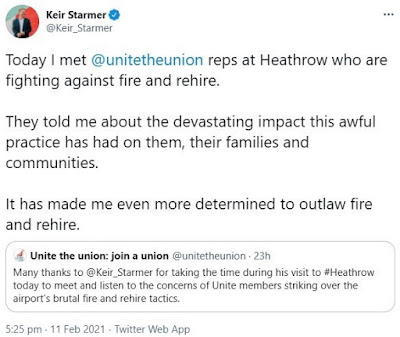 Given that Starmer, his party and its middle class base are such staunch advocates of Covid rules and restrictions, this all smacks a little of rules for thee, but not for me.
at February 12, 2021