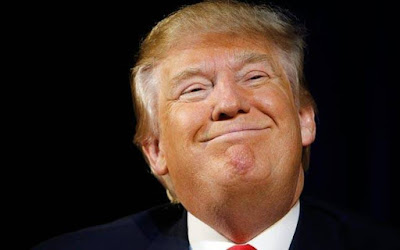 In the midst of a pandemic the Democrats sought to impeach Donald Trump, again.  He was acquitted, again.  What a complete waste of everyone's time.
This time a majority found him guilty, but the 57-43 result fell short of the two thirds required to convict him.  Republican turncoat Mitt Romney was joined by six other Republican senators this time round, a fact gleefully reported by the mainstream media. 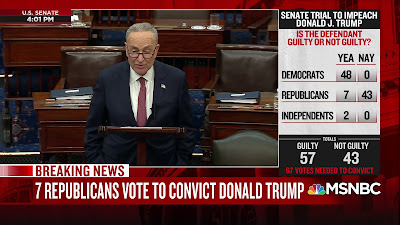 The BBC's online coverage contained a couple of embarrassing errors after the verdict was announced, including a reference to Trump as 'the president' from none other than the highly partisan Trump-hating correspondent Anthony Zurcher.  The Beeb also bizarrely reported that 57 had voted to convict Trump while 43 'found him guilty' - a unanimous verdict! 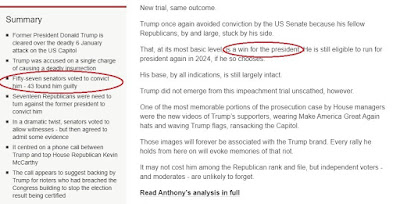 If Romney and his globalist chums had backed their former president the result would have been a dead heat, but the enemy is never far from home these days.
The war on Trump will continue, with various lawsuits in the pipeline and attempts to close down all his business interests.  You have to ask yourself - even if you are a Trump critic - why are they so desperate to destroy the man?  If he is so dangerous then please do tell what massacres and conflicts he has participated in over the last four years as the Leader of the Free World.  The truth is that he hasn't, unlike all his predecessors, none of whom ever suffered a witch-hunt on this scale.  That's because they were playing by the globalist rules.
Biden has wasted no time in resuming the globalist agenda and his accession at a time when the Great Reset is being maneuvered into place is a threat to liberty everywhere.  If you think none of this affects you, think again.  Our own Prime Minister uses the same Great Reset slogan - 'Build Back Better'.

Trump stood in the way of all this, hence the unprecedented and ultimately successful campaign to get him out of the White House.  However, his record-breaking 74 million votes in the 2020 election rattled the establishment - after-all, no other sitting president had garnered such approval, not even Saint Obama.  The fact that Trump achieved this after four years of almost universal media vilification shows that many people can still think for themselves.  A second failed impeachment will only serve to endear Trump to the masses even more and, crucially, it also means he can stand again in 2024.
The statement he released following his latest acquittal appeared to suggest that the Trump foray into politics is not over: "Our historic, patriotic and beautiful movement to Make America Great Again has only just begun".  There is one major sticking point with that - in four years time the Donald will be 79, even older than Sleepy Joe is now.  While there is no doubt that Trump has more of his faculties intact than Biden, another successful run could put him in power well into his eighties.
Time will tell, but for now Trump has colossal support across the United States and the world, regardless of the facade portrayed by the establishment.  He stood for conservatives and libertarians, we should stand by him. 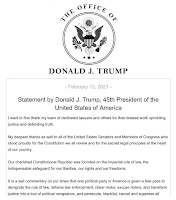 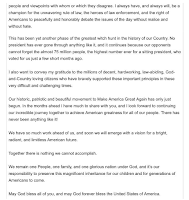