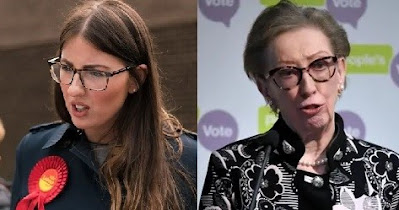 Labour barnacle Margaret Beckett has apologised to Laura Pidcock after she was heard referring to the former Labour MP as a 'silly cow'.  The incident occurred during a virtual meeting of the party's National Executive Committee, of which Beckett is the chair and Pidcock is a member.  Beckett had not realised her microphone was live when she made the remark.
Beckett is said to have apologised immediately, but hard left comrades of Pidcock made a meal of it and aired the dirty laundry on Twitter. 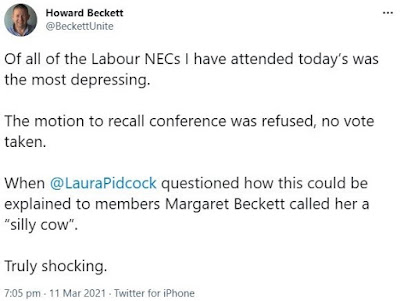 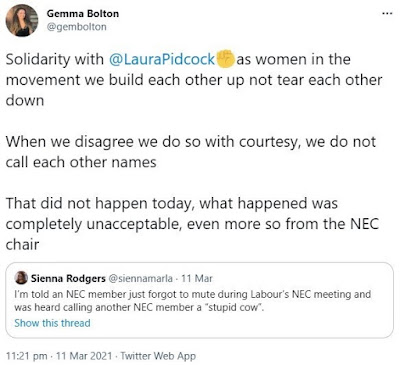 Pidcock was once spoken of as a future Labour leader by her hard left comrades, but her Parliamentary career was cut short after just two years.  Her humiliating defeat in the 2019 general election was compounded by the fact that North West Durham had never turned blue in its history, having been held by Labour since 1950.
If you've ever seen an interview with Laura, you'll probably sympathise with Beckett's lack of restraint.
at March 13, 2021