Labour MP Wes Streeting has told a party campaigner to f*** off in an extraordinary Twitter rant.  Touchy Wes took exception to a retweet by Euan Philipps, spokesman for Labour Against Anti-Semitism.  Streeting's original tweet was in defence of Ali Milani, the man Labour hopes can unseat Boris Johnson in Uxbridge.  Milani has become famous for a litany of tweets including his belief that "Israel has no right to exist".  It looks set to be another disastrous Labour selection, perhaps on a par with Onasanya and O'Mara, but he clearly has Wes's backing. 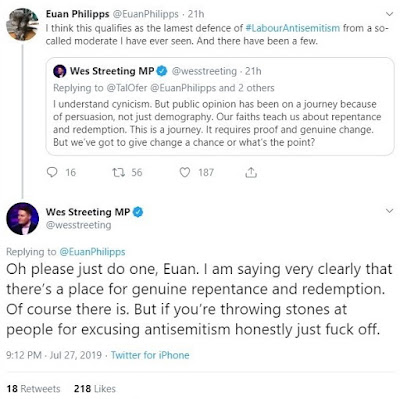 It's not really the kind of language becoming of a Parliamentarian, but then we live in an age where morals are in scant supply from our MPs.  Meanwhile, Euan Philipps was unperturbed by Wes's outburst and continued to gently harass him, while others joined in the hunt. 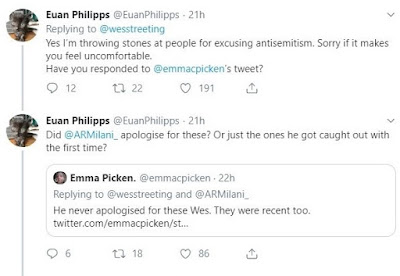 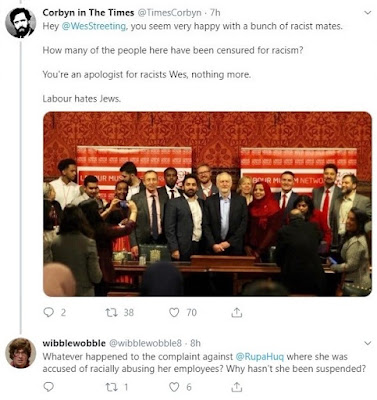