Short-lived Labour MP Jared O'Mara will probably be hitting the bar hard tonight.  His Twitter account has been taken over by a furious member of staff and the hapless MP appears to be locked out of it, unable to act.  Gareth Arnold used his takeover to fire off a series of tweets that culminate in his resignation.  It's quite astonishing stuff. 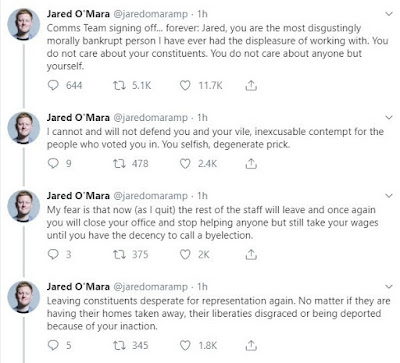 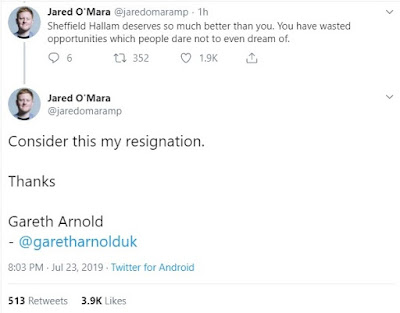 Perhaps Jared should have quit Parliament when he quit Labour, instead of prolonging the agony for his constituents, but then we all know why he stayed on.  It's not called a gravy train for nothing.

O'Mara's clearly very bitter former employee goes even further on his own Twitter account and says that a local journalist is on their way over to collect even more juicy details!  "It's going to be a long one" he writes. 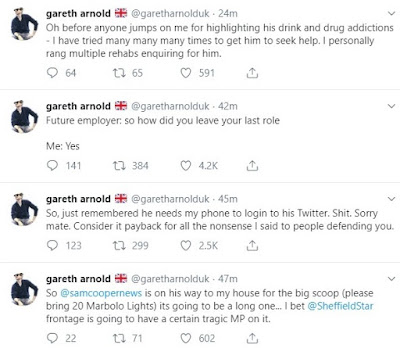 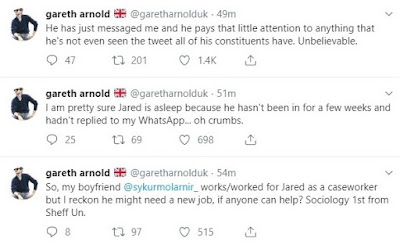 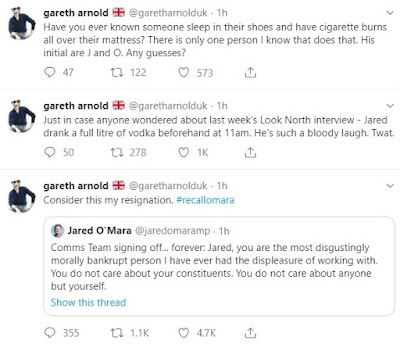