There were so many open goals for the Tories last week that they couldn't help but score against hapless Corbyn.  Their argument that Boris wasn't elected and should call a general election was just too easy.  Gordon wasn't even elected by his own party and was crowned leader unopposed.  The SNP's Ian Blackford unwisely followed Labour's lead in the Commons and was immediately shot down by Boris who pointed out that Nicola Sturgeon was also crowned unopposed.  Too easy. 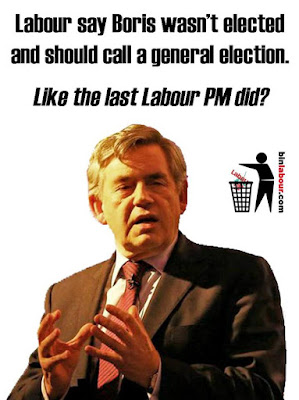