A couple of hours ago we received a message from "Facebook" concerning "reports" that we have used "copyright content".  The message did not explain to which content the "reports" applied, but that would come as no surprise given our previous dealings.  The message went on to state that this content would be removed and, "in the worst case" our page would be permanently deleted.  If we did not appeal within 48 hours the page will be deleted. 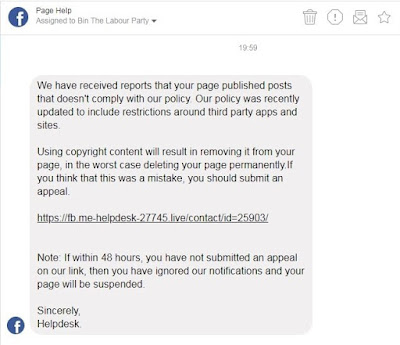 This is a very clever scam.  It looks totally legit and the link contained within the message leads to an equally impressive "Facebook" appeal form.  Richey filled the form out, but thankfully hesitated in clicking "submit".  In the meantime Karl noticed that the sender had a Facebook profile, so clicked on it and... it turns out that "Page Help" is nothing to do with Facebook admin, but is actually an Albanian scammer... 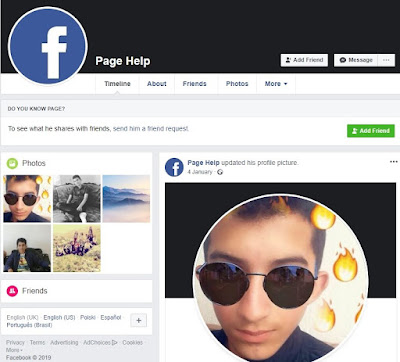 According to his profile this lad has been up and running since at least December 2016.  This can't be his first attempted scam, surely?  Why is his page still live?  We've reported him and we'll see what happens.

We have strongly suspected for a while that the page might not survive 2019, particularly given our growth in popularity and Facebook's leftist slide towards total censorship of the right.  Although it would be gut-wrenching to see four year's work go to the wall, it would not be the end.  However, this largely depends on you, as much as it does BTLP.  We urgently ask you to follow four crucial steps to ensure our survival, regardless of whether or not the next threat to our page is genuine!