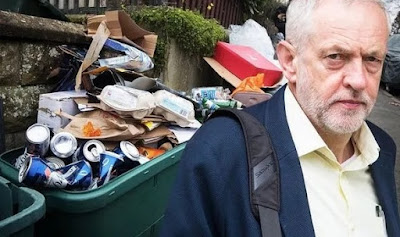 The statistics come at a time that Labour is positioning itself as a 'green' party, having recently wooed both 'Extinction Rebellion' activists and eco-brat Greta Thunberg.  In a further humiliating twist for Jeremy Corbyn, joint fourth on the list for worst performing is his own local council of Islington.  Labour are clearly not practicing what they preach!