LAMMY TOO MUCH, EVEN FOR OWEN

Dave Lammy's absurd outburst on Marr this morning appears to have been so extreme even Little Owen was stumped for words.  The narcissistic Guardian gobshite spends half his life on Twitter, but remarkably no comment on Lammy.  However, his Guardian colleague Carole Cadwalladr lapped it up...


‘I don’t care how elected they were. So was the far right in Germany.’ Please watch this. Every day the hate politics of the far right is being normalised in Britain. This was phenomenal from @DavidLammy 👏👏👏
pic.twitter.com/6C1uKicF57
— Carole Cadwalladr (@carolecadwalla) April 14, 2019


"Phenomenal".  If you've never heard of her before, Carole dedicates her life to investigating (some would say inventing) conspiracy theories that the Russians were behind the election of President Trump and of course, Brexit.  Remind you of anyone? 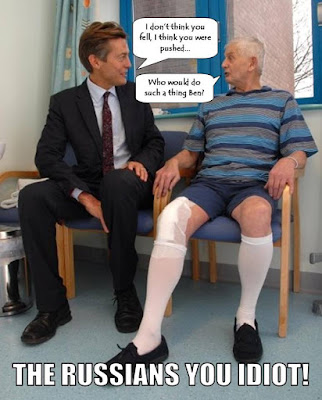