ALL TERROR IS EQUAL, BUT...

Despite all this blood letting in the name of Islam, the liberal-left media and their political mouthpieces won't allow an attack on Islam to slide without a circus lasting days, or even weeks...


Following the attacks in Christchurch, I have called on the HomSec to ensure mosques in the UK are protected ahead of Ramadan. In #Manchester alone, there are 70 mosques & genuine fears over security must be addressed. @politicshome Read my comment here: https://t.co/k1rLB2JGZf
— Afzal Khan MP (@Afzal4Gorton) 9 April 2019


The Christchurch atrocity was almost four weeks ago and took place on the other side of the world.  It was an isolated incident and the attacker is not thought to be part of a network.  Never mind the fact our cities are in the grip of a knife epidemic and police are stretched to the limit - we must deploy those slender resources to look after every single mosque in the country to guard against an imaginary threat.  It's absurd, but it's Labour, and Labour has to put its most loyal voters first. 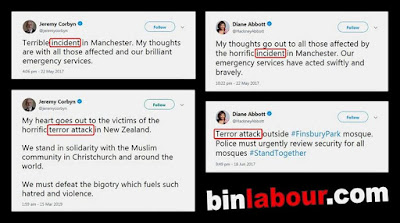