The left smell another big demo.  President Trump is landing for his state visit on June 3rd, so the haters have sprung into action.  Little Owen was very busy yesterday, debating with Kate Andrews on Sky and sending out a barrage of tweets.

Labour MPs were also quick to jump in and declare their support for the forthcoming hatefest. 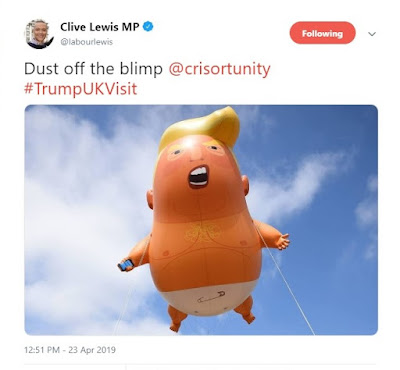 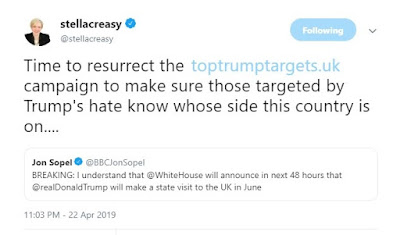 An early day motion is currently doing the rounds in Parliament, calling on Theresa May to request that the invite be rescinded.  Labour MP Stephen Doughty is collecting the signatures and more than 50 MPs have reportedly signed already, including his Labour colleagues Emma Dent-Coed, Lloyd Russell-Moyle and Rupa Huq.

Doughty's hysterical response was mirrored by the likes of Dave Lammy. 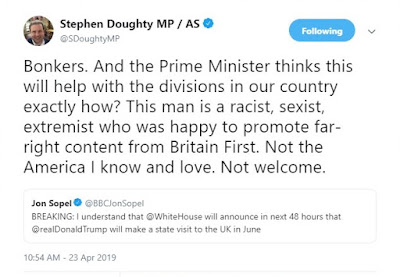 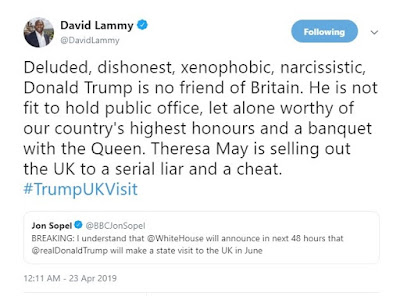 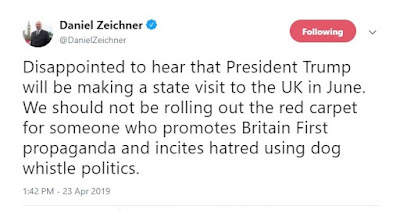 No friend of Britain Dave?  His mother was Scottish you donut!  He owns land here.  He's eager to do a trade deal with us if we ever leave your beloved EU, that is of course assuming you American-hating idiots aren't running the country by then.  Talk about being dishonest, when lefties like Little Owen say their issue is with Trump and not the American people they are being more than a little disingenuous.  Who elects the President?

The British left has long harnered a hatred of our greatest ally.  No word from Corbyn yet on the latest bout of Trump Derangement Syndrome, but if the bandwagon gets rolling he'll soon jump on it! 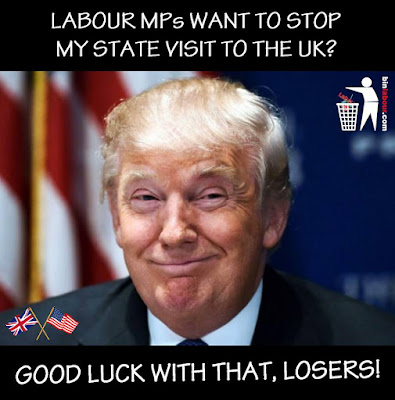 Funny how Labour rallies against our friends and allies, but embraces our enemies.
at April 24, 2019