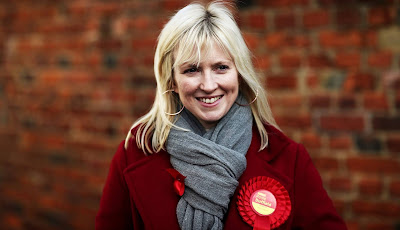 Labour's Rosie Duffield has been targeted by the trans hate mob for daring to voice the fact that "only women have a cervix".  The MP for Canterbury first attracted their attention when one of her party activists noticed that she had liked a tweet by Piers Morgan in which he hit out at a daft CNN headline which described 'individuals with a cervix'.  Sarah Cundy - who is also a Momentum activist - tweeted that Duffield needed 'booting'. 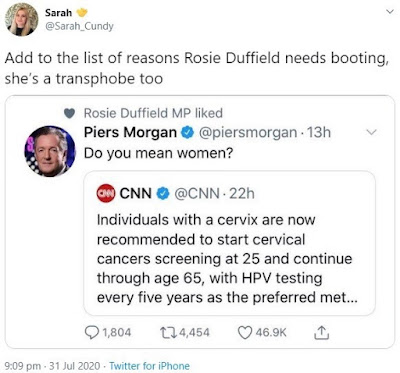 Duffield spotted the tweet and doubled down in her reply.

This tweet sent the trans mob into a frenzy and she was inundated with abuse that led to her locking down her Twitter account.  The Labour Campaign for Trans Rights called on party whips to take disciplinary action against the MP describing Duffield as 'partaking in a right wing campaign to marginalise, exclude and oppress trans people'.  The group is not an official party affiliate, but rose to prominence earlier this year during the Labour leadership contest, during which it tried to blackmail candidates into signing up to a series of pledges that including expelling members who expressed 'transphobic' views.  In other words, facts. 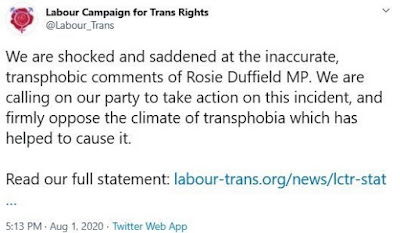 Other transfascists voiced their disapproval and agreed that Duffield should be kicked out of the party.  The tolerant left in action... 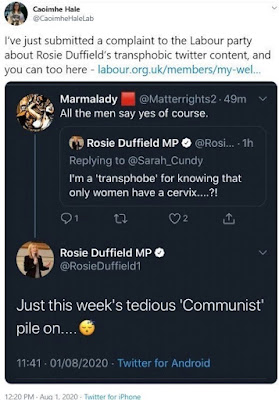