The Metropolitan Police clearly have their work cut out dealing with huge levels of post-lockdown crime, but this week they have been somewhat distracted from that role by the outrageous actions of an entitled MP.  Dawn Butler continues to milk what was a fairly innocuous incident, writing in The Guardian on Tuesday and doing the rounds on every media channel that will have her.  The Met finally hit back on Wednesday as the Deputy Commissioner released a statement expressing support for the officers involved in the Butler stop.  Sir Steve House is the Met's most senior officer, second only to Cressida Dick.


"The stop of a car in which Dawn Butler MP was travelling by Met officers on Sunday has prompted a lot of debate and it is important that the facts are fully understood.

The officers who undertook the stop were from the Violent Crime Task Force and were in the area as part of our proactive work to protect communities from violence.

Criminals often use vehicles to travel in and to commit crime, therefore officers will often check cars to see if there is anything that requires them to stop it and do further checks. The officers ran a number plate check on the vehicle. At this stage, the officers still didn’t know who the occupants of the car were, including their ethnicity because the car windows were tinted.

As a result of an officer making a human error as he inputted the car registration, the Police National Computer returned details of a car from another part of the UK.

The officers were not initially aware of this problem and as a result felt, with good reason, that they should do further checks on the car by stopping it and engaging with the occupants. I expect officers to have professional curiosity and I would have done the same.

I have viewed all the available video material of that interaction and I have read their statements - the officers acted professionally and politely, explaining why the stop was made and, when realising there was a mistake, explaining this and continuing to answer the occupants’ questions. Ms Butler has said that she has no complaint about 'how' the stop was conducted, rather her concerns lie in why the stop was initiated and I have discussed these concerns with her.

The officers in this case came into work on Sunday to keep Londoners safe.

Officers expect to be scrutinised and there are existing, appropriate and proportionate processes for making complaints and for facts to be established, and on the occasions where there is fault - unlike this case - for consequences to follow. The increasingly routine trial by social media is unfair and damaging to individual officers and has the potential to undermine the role our communities need us to do to protect them and keep them safe from violence.

I am grateful to these officers, as I am to all our officers who act professionally, humanely and in the service of the public.

I would also like to condemn the abuse that some on social media have directed at Ms Butler. It is unwarranted and unacceptable and we are working to support her".

As for Dawn Butler, she is still doubling down on her claim that the only reason the police stopped the vehicle was because "there were two black people" inside.  Obviously the police couldn't have known this and in any case we can clearly see from her own footage that the driver was not black in any conventional sense.  Despite this, Butler informed communist news outlet Novara Media on Tuesday that her friend "is black, he's not mixed heritage, he's black".

Only a true narcissist like Dawn would continue to dig such a hole for themselves. 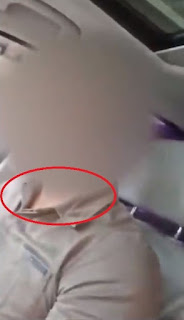 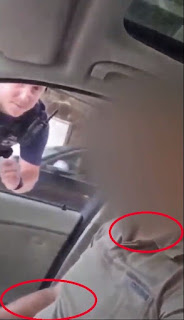