Regional polling released on Friday by YouGov suggested Labour support had dropped significantly across the entire mainland in comparison to the 2017 general election result.  The Tory vote was down too, although not by near as much as Labour.  In a stark wake-up call to Corbyn and his cronies, Labour are now polling behind the Tories in Yorkshire and the north-west of England.  Let that sink in - two of the three northern Labour heartlands.  In Wales the party maintains a slender lead over the Tories of just one point.


Support for the main two parties has shifted directly to the Lib Dems, the Brexit Party and, to a smaller degree, the Greens.  Although the figures make dreadful reading for Jeremy Corbyn, they don't in any way guarantee a Conservative majority.  The rise in the small parties could still cause massive problems on election day.  Let's not be complacent - as we know all too well opinion polls can count for nothing when the actual poll drops.

Please note that in the graphs below the Brexit Party's polling figures are compared directly with UKIP's 2017 results.  This is down to YouGov, not us. 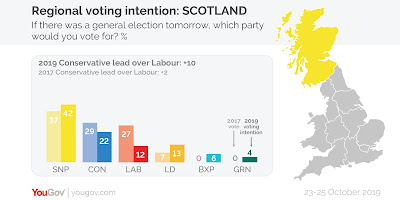 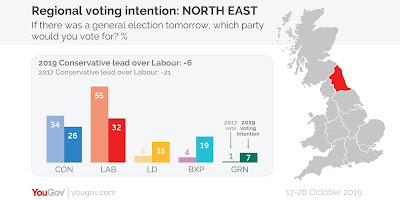 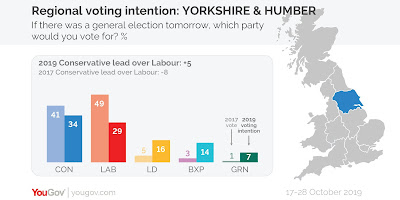 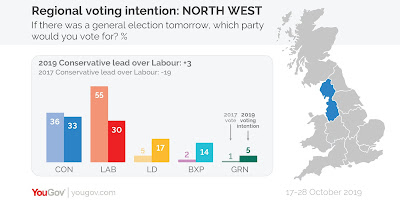 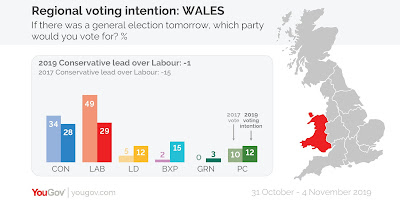 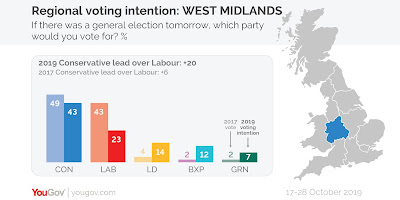 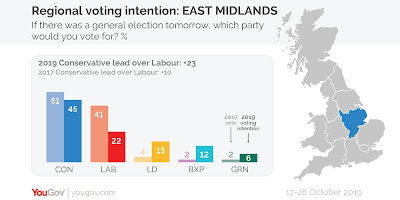 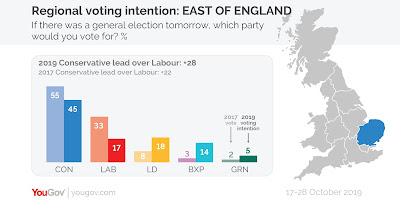 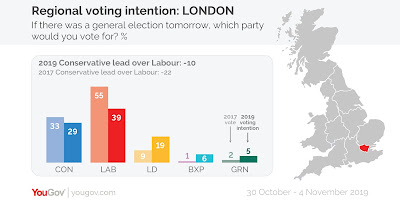 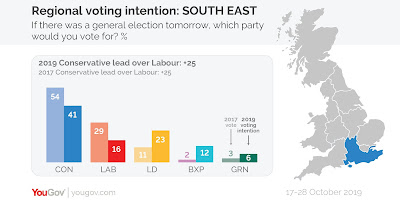 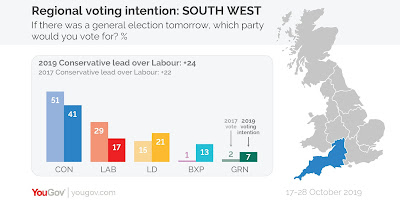